THE EXPLORATION OF FOOD

Before you start thinking I made this, I have to clarify that this was a sandwich I did have the pleasure of meeting and eating, during our time living in France.

Rachael and I spent 3 months working along side a Michelin Star restaurant in Provence, Oustau De Baumaniere, to produce a lifestyle/cookbook on the food of Provence. During our time working at the restaurant, (we were living about a two hour drive from Provence) on the days we were shooting for the full day, the owner Mr Chariel would ask “are you dining with us today?”, to which I ‘always’ replied “that would be lovely thanks” we would be treated to a full service, wine, starters, mains, dessert, petit fours, coffee and sugared fruits. Of course we indulged and made the most of the free lunches, who wouldn’t right?

Along with the meals we photographed we made a very good effort tasting the whole menu, and I can still to this day taste the amazing butter they would serve with the fantastic bread selection. Every dish was presented with such flair, the precision and attention to detail was second to none, a visual and taste sensation.

One day in particular we photographed over 8 dishes, it was a long day, we hadn’t stopped for the usual lunch extravaganza, the kitchen was now closed, and as we were packing up, Mr Chariel arrived and asked if we had had any lunch? and if the staff had looked after us? we said no, its ok, we would get something on the drive home, oh no he said, I will organise something for you, maybe a sandwich or something quick, and off he went. Not long later he arrived back with a sandwich, which not only was the most beautiful sandwich I had ever seen, but it tasted amazing, I will remember that moment for the rest of my life, the day I had a 2 michelin star sandwich. The funny thing was a day or 2 later we were back to get some paperwork signed for the book and we decided to grab something light to eat before we left, so I asked the waiter if it was possible for a sandwich, he looked at me like I had asked spoke to him with a filthy tongue, and he replied cheekily (in a french accent) ‘Sir we do not made sandwiches here’

Now that’s what I call a sandwich. Almost too beautiful to eat.
Great blog, can’t wait to see and read more.

BePure - A new outlook on health 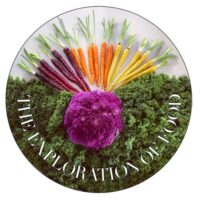